A downloadable game for Windows

It's been three weeks since she disappeared.

She went to Hamilton Forest with her boyfriend, and nobody has heard from them since.

The police say they performed a search of the area and found nothing. They said that further exploration was too dangerous and that the risk to the search party was too great.

"I can't imagine how you must feel," the Officer had told me. His blank gaze failed to meet my eyes. "But you can't go looking for them."

They wouldn't tell me why.

Hamilton is a short horror game in which you delve into a mysterious, defiled place purposefully forgotten by both man and nature to find someone important to you.

It's my first foray into horror and the first game I've ever released, so any and all feedback is appreciated.

Credits are located in a text file in the game folder.

Currently the game is restricted to a 4:3 Aspect ratio and has a locked frame rate.

Great job, man! Or woman, it doesn't matter. I got really scared at the computer part! Keep it up!

Reply
the strangler203 days ago

the scare at the end made jump so much, good game

I loved The Grudge sound effects the monster had going and the rusty aesthetic but my favourite part was definitely the subtler elements like the changing of the poster. So cool.

This is a pretty good game. The atmosphere is very well done, especially the noises the monster makes. I played it for this video of mine; it's the second game, at about 3:50.

This was an amazing game with phenomenal atmosphere, incredible audio, and fantastic environment design. Thank you for the terrifying experience and I hope you keep up the awesome work.

This short horror gem of game is definitely going into my Favorite's Collection here on itch.io. I don't want to forget the moments I had playing this game and I want to find more like it! Critique/review is continued below.

I had such a difficult time progressing out of fear of the unknown; how on earth am I ever going to complete much longer and intricate, similar games (like Lost In Vivo)?! The little visual and audio nuances (such as the face on the missing poster degrading over time and sliding metal chairs) were very well done. The hairs on the back of my neck stood up when I first saw that Poloroid picture.

* EDIT: Now that I'm thinking about it more, the old school PS1 style, Silent Hill-esque graphics only intensified the fear!

I'm a huge fan of stories centered around the supernatural and this reminded me very much of two things: H. P Lovecraft's fictional work and strange and confounding mysteries surrounding the entire The Dyatlov Pass incident.

Following in hopes that there's more to come ~

Done very well, the atmosphere was awesome.. and the playtime is perfect.  Good job on that game!

My favorite part is... that this missing person is NOT the main character's love interest! I never see people in these games going after their "best friend." Job well done, and there weren't even any screams or loud noises.

That was terrifying. Well done!
If this is your first foray into horror then goddamn, can't wait to see what you come up with next.

Pretty cool! The picture of the person on the computer was pretty scary but the thing that got me the most was the polaroid picture on one of the tables of a person with no arms and an orange shirt. My theory on this game is that a weird anomaly or disease of some kind was being monitored and studied at this lab. Something happened and now the anomaly/disease has ravaged the facility, rusting everything and killing, mangling or turning the staff into abominations.

Hi! What fonts did you use in the game? I love them! Especially this font: 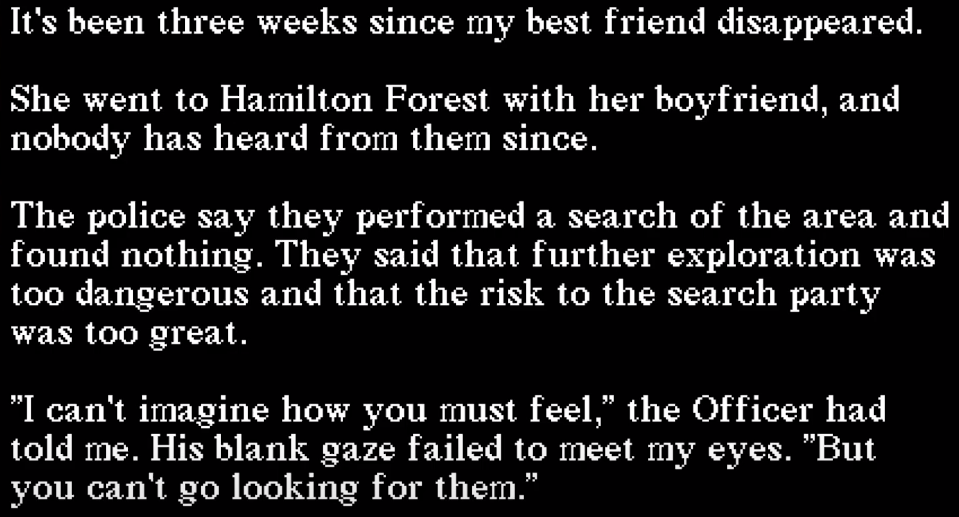 And if it's just a normal font, what did you do to make it seem so old-school computer-like?

Hey, that was a Silent Hill type Font made by Louie Woodhouse.

Oh thank you very much!

a bit much reading, but solid admosphere! was made aware of it by this youtuber:

I liked the build up and ambiance of this game! the story was really solid!

Reply
Beef Gravy Studios1 year ago
We poked fun at the game but it was a great time. Really enjoyed it.
Reply
Wiindy1 year ago

I really liked the game, the atmosphere is very good xD

Honestly, I love the LACK of information we're given. We've just stumbled onto a horrible secret beyond our mortal comprehension, and that's great. Well, not for us.

Great game!  The first time I noticed the poster changing gave me the chills, and the ending was super creepy.  Well done!

Oh, my. I brought up the poster just once and totally missed it. Didn't think it would give me such chills. Replayed it just to see this and it was worth it. Every chilling occurrence still gives me chills. This is a masterpiece.

For some reason, the poster made me think of Silent Hill 2 with Mary's letter, and how it will eventually go blank after a certain part of the game.  That's why I had the idea to keep looking at it throughout.

Gotdamit! Another detail I missed in another game.

Don't worry, that's definitely not a detail I caught on my own, but it *is* kind of mind-blowing when you think about it from a story perspective.

Interesting concept, thanks for the fun :D!

Really fun little game! Loved the aesthetic! Would appreciate it if you come check out my video and subscribe!

This built a very good atmosphere and gave me goosebumps multiple times. Good use of sound. And lighting. I hope to see more, maybe something a bit longer next time!

hi, big thx for the great game. greetings from rosti 😀

Talk about a creepy forest!  The game had spooky but nice little story to it.  I liked the idea behind the game too!  Good job!

The atmosphere of this game is terrifying! I love it! I wasn't thinking much of it in the beginning because you're just following the snowy path, but it really builds up into something scary. A short horror experience is one thing, but if you're trying to go for something a bit more in-depth, then I'd suggest more various objectives to complete, a deeper story, and an actual enemy to either avoid or go head-to-head. The feeling and pace of what you create is excellent though!

you definitely spooked me! I jumped at the end!

Pros and cons are down below) Check out my vid here (the game is the 4th, BONUS game there) and sub):

1. The plot is really cool! It reminded me a lot if SCP Containment Breach, actually.

2. The monster appearance is so scary and powerful, though it's not a jumpscare. That's how games should do it! I think the pacing and created ambiance are very potent!

1. The character should say something about the flashlight. I didn't even know I had one! Played in a complete darkness like an idiot and was wining about the game "being too dark" XD Knowing that the character has a flashlight upon entering the bunker would be appreciated.

2. The fact that you find some evidence right after entering the forest is strange. "Search parties" would definitely clean up all the mess that they could before the bunker. At least all the mess that could be found by regular hoomans. maybe it would be cooler if you don't get to find backpacks lying around right off the bat, but smaller things that could have been unnoticed by anyone else but the main character?

I got scared so badly plying this! Sooo it means the game definitely deserves 5/5 rating. Though, it would be nice if my critic would be considered and polished a tiny bit more) Still, a very powerful experience! Great job!

Hope my feedback was useful!

I added a flashlight tip in version 1.2, so hopefully that'll no longer be an issue to people playing for the first time. Thanks for the feedback!

Oh, sorry that I have played the version before the update then! Thank you for the answer) 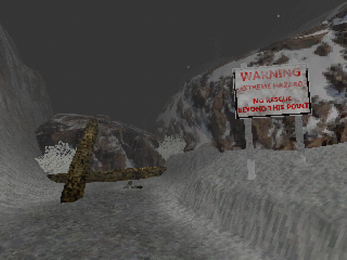 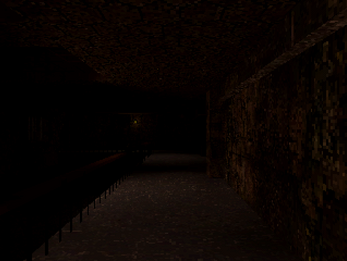 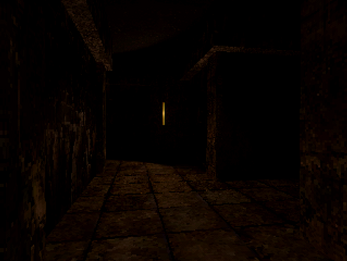 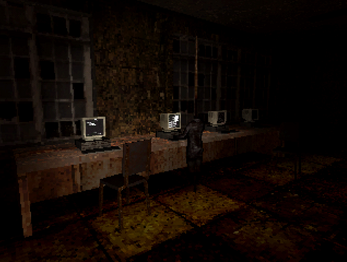